Disc-Brake Road Bikes: An overnight innovation, 6 years in the making... 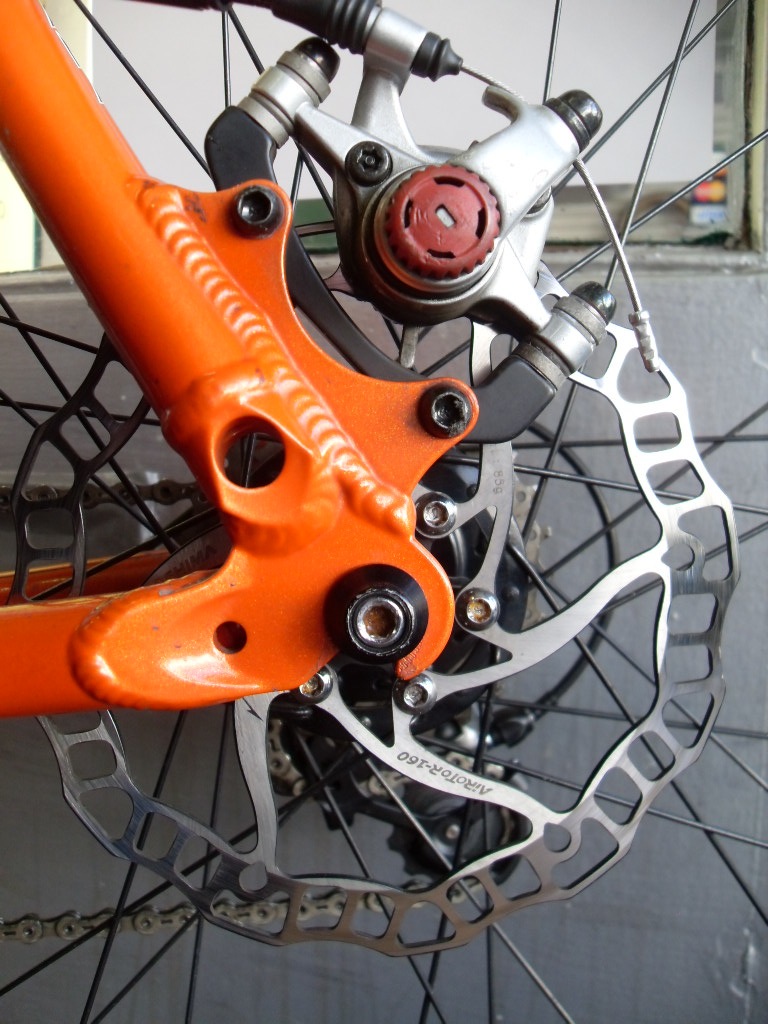 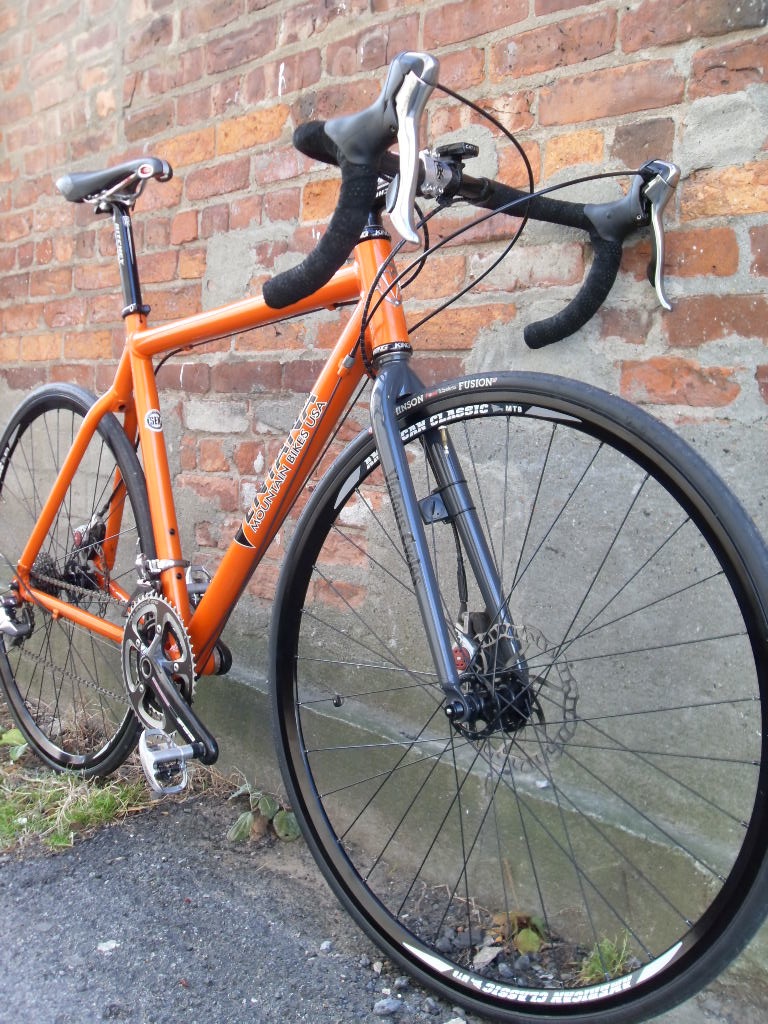 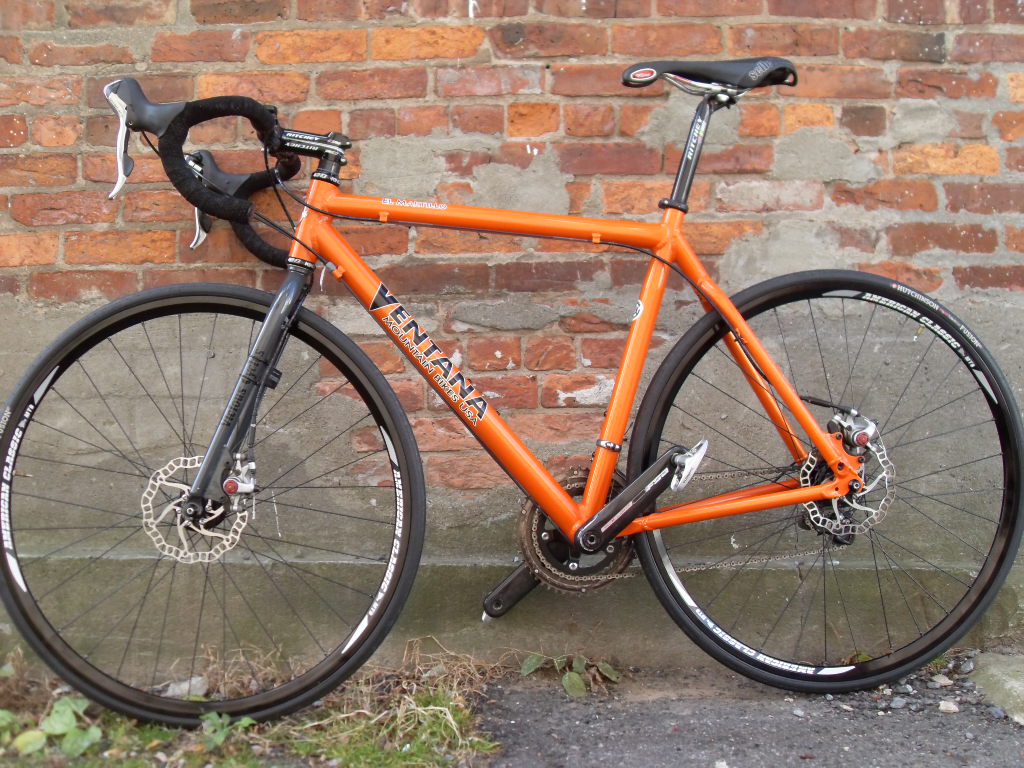 The innovation of disc brakes on mountain bikes was a game changer and has been par for the course since 1991 or so. Around 2005 I began spending more time cycling in the Hudson Valley and Catskill region. Hitting the long, fast, steep descents on my road bike with its caliper brakes got me thinking about how many advantages there would be to having disc brakes instead: better modulation, stopping power, and avoiding heat build up on the rims. All the advantages I had become accustomed to from mountain biking. With disc brakes you no longer had to be concerned with over-heating the rims and blowing the tire or squeezing the brakes heavily to gain control. I could see myself actually descending faster and more confidently.

So, in 2007, I decided it had to be done. At the time there was only one builder that I knew of, Carl of Vicious Cycles right here in Hudson Valley, who was building disc-equipped steel and titanium road bikes.

Since I was looking to make this bike out of aluminum, I had to source a custom aluminum frame. I called and spoke to several road frame builders, but the idea was almost too big and complex to grasp- or maybe just too much trouble. Then it dawned on me to contact and consult with Sherwood Gibson of Ventana Mountain Bikes (I already had a mountain bike from Ventana). We hit it off and he understood what I was looking for. After a few brain-storming phone calls the frame was ready to be made. Now I had to find a fork with road bike rake and crown-to-axle measurements. At first I thought I could use carbon, but the idea proved too early and too soon for such a product. So, I decide to go steel and I went to Carl of Vicious Cycles for the custom painted fork.

Wheels are American Classic 29"ers. At the time, they were 25 grams heavier than Mavic's top-end road wheelset. I'm using road tubeless tires. The rest came together nicely. See below for all the specs.

Once I got the bike on the road, it was everything I had hoped and I couldn't see why everyone wasn't jumping on the wagon. Like any new innovation, my bike has received a range of feedback from Wow, to head-scratching to purist disdain, but I still believed that it was just a matter of time before the idea caught on.

At the 2010 Interbike Trade Show, I discovered Volagi. This company claims to be the first producing disc-brake road bikes. I recently ran into Carl and we reminisced about where our inspiration came from and I've asked him to share his own history. That will be in an upcoming post.

Today you'll find that the concept is finally generating some buzz and there are talks that by 2013 disc brake equipped road bikes will be produced by major manufacturers. Then we can all get excited about the overnight innovation that was 6 years in the making.

Bicycling Magazine The Big Squeeze, Road Disc Brakes Your brakes may never be the same

Oops, you forgot something.

The words you entered did not match the given text. Please try again.

Reply John
11:23 PM on February 23, 2012
Sweet ride. Curious what kind of pressure you're putting in the tires? I would guess the am classics have a psi limit given they are lightweight Mtn wheels? I see you're running the 23s as well.

John says...
Sweet ride. Curious what kind of pressure you're putting in the tires? I would guess the am classics have a psi limit given they are lightweight Mtn wheels? I see you're running the 23s as well.

I'm not aware if there's a PSI threshold for those rims I would say not but that can always be confirmed with AC. I've had Michelin Pro Races installed and inflated just under 120 with no issues. My go to tires now are the Hutchinson Fusion Tubeless which I run at times between 90 and 99 PSI. I'm running 23c the rims are slightly wider but not long after HED wheels started manufacturer wider rims which offers more contact patch with the road improving traction and and cornering grip. For me road tubeless and a slightly wider rim is a nice combo to have on this bike having disc brakes.

Reply timothy31
12:53 AM on March 1, 2012
Instead of a true innovation, this is an example of many people having the same idea around the same time. I had a custom steel-framed Seven built up with disc brakes back in 2003. Custom-painted, steel Vicious fork. It was amazing. I say "was," because it was stolen two months ago! Now I'm building a custom ti-framed Seven, disc brakes of course, and I'm finding the build to be much easier. Still, it is not "usual" enough to have my pick of components. Maybe in 9 years, when *this* bike gets stolen, my new disc bike can be off-the-rack!